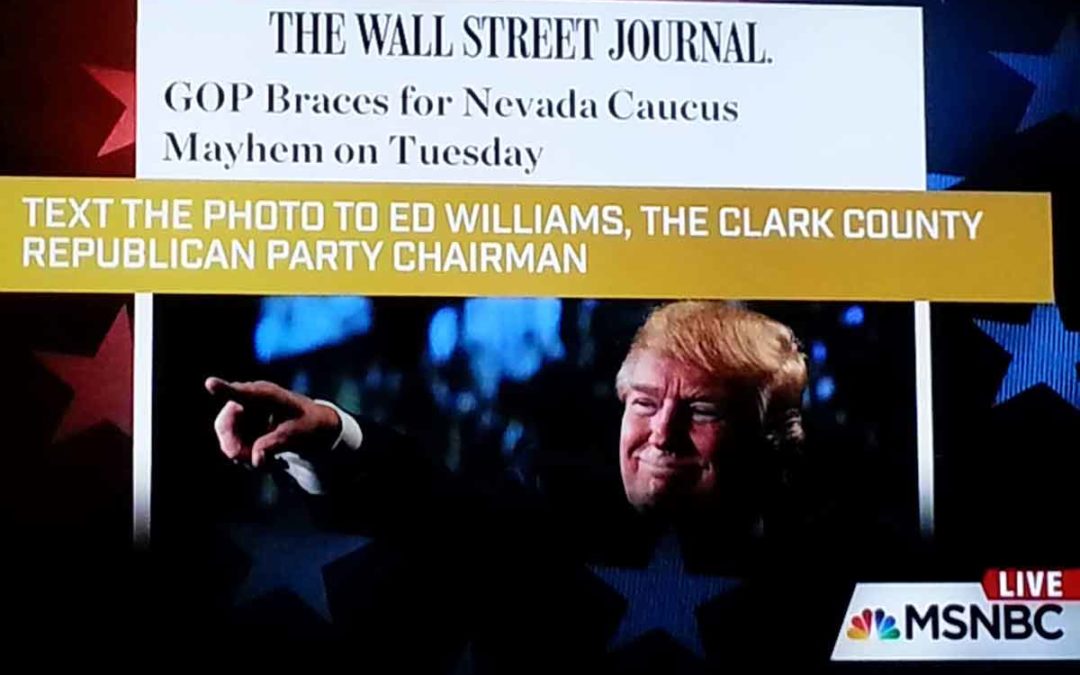 LAS VEGAS (AP) – The lines snaked out the doors, throngs of voters crowded into high school cafeterias, and neighbors got into spirited arguments about whether Donald Trump would make a good president.

The Nevada Republican caucuses on Feb. 23 were loud and boisterous as usual, but are being billed as much more successful than last time, when it took three days to count ballots.

This year’s results were final within hours and have yet to attract any formal complaints to the secretary of state’s office. The process drew about 75,000 people, or about twice as many voters as in 2012 – a tally that could bolster Nevada’s case to keep its coveted early vote status.

“We can shine when we need to,” said Clark County Republican Party Chairman Ed Williams, whose organization and others worked with the Nevada Republican Party and Republican National Committee to organize the caucuses. “I think we’ve demonstrated that there is much less risk to having Nevada as an early state.”

Other Western states are eager to snatch away Nevada’s influential spot as the fourth in the nation to weigh in on the Republican presidential contest and the first in the West.

The privilege brings a steady string of candidate visits and copious media attention.

RNC officials could always decide to grant the placement to another state before the 2020 nominating process. Colorado touts some of the same selling points that make Nevada an attractive early state – an ethnically diverse population and a competitive balance of Democrats and Republicans.

Nevada’s early status looked vulnerable after Republicans posted a paltry 8 percent turnout in the 2012 caucuses and after delegates bound to Mitt Romney defected to Ron Paul at the national convention.

“You have to show that you are capable of executing a very strong election,” Steve House, chair of the Colorado Republican Party, said in an interview Monday. “If the election went well in Nevada, it would be hard to make a case against Nevada.”

Williams said caucus organizers learned from their mistakes and improved the process this year. To alleviate crowding at caucus sites, they allowed participants to mark a ballot, submit it and leave at their leisure if they didn’t want to stick around for speeches or delegate selection.

To cut down on time spent shuttling paper ballots to a central office, organizers had caucus site managers send images of precinct ballot tallies to headquarters using a commercial-grade texting service that can handle large files.