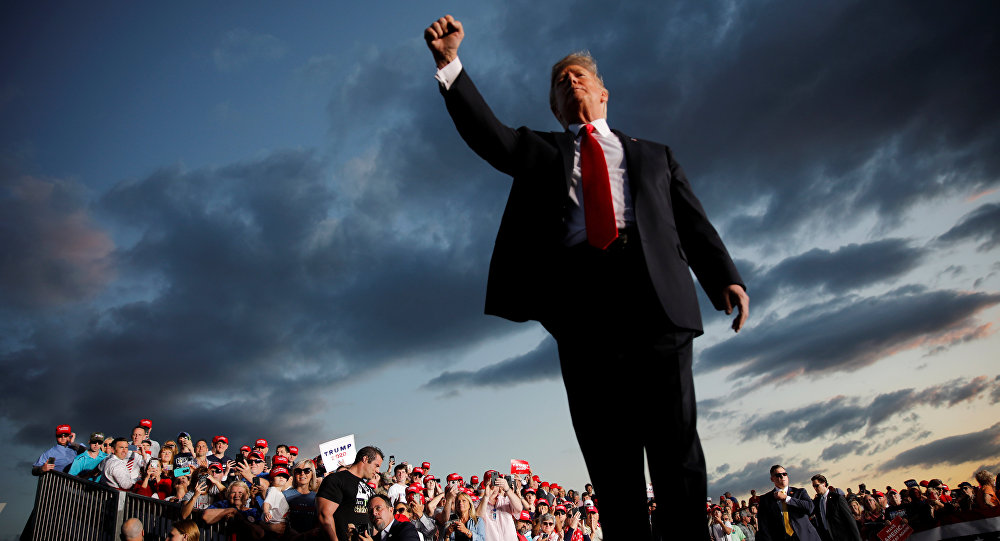 In particular, the network detected by Ghost Data consisted of 350 Instagram accounts blasting Trump with strong language as well as 19 profiles, promoting them. The profiles were discovered to have been “activated and turned off” on the same day. They reportedly published “similar or identical content” while many messages emerged with a time gap of just several minutes.

Sputnik: Who, do you think, is behind the campaign and what kind of results were expected?

Rory McShane: I don’t imagine this is directed by the DNC or any of the Democratic candidates, as something like this would most likely be in violation of US Campaign finance laws.

I would imagine however some large Democratic donors may be funding this.


I honestly think it will be somewhat ineffective, what we’ve seen with President Trump is that his supporters are firmly with him and not going anywhere. The goal of the campaign like this is to make it socially unpopular to be a Trump supporter, to make his supporters ashamed — it didn’t work in 2016 and won’t work now.

Sputnik: What’s your assessment on the methods used for this anti-Trump campaign?


French liberals tried the same thing with supporters of Marine Le Pen. What they don’t understand is, and why this sort of tactic has never taken down Trump is that his supporters are emboldened by the attacks and it motivates them to support him more.

Sputnik: What can be the consequences of the revelations?

Rory McShane: When you’re backed into a corner you fight the hardest. Making Trump’s supporters feel as if they’re backed into an online corner will only strengthen their resolve to support the President.

Rory McShane: I doubt it. Most of Instagram’s users are much younger than Facebook’s. Most of President Trump’s supporters don’t use Instagram nearly as often as they use Facebook. President Trump is in an incredibly strong position for re-election, having raised more money than anyone ever has at this point in the election cycle.

Sputnik: What can be Facebook’s reaction to the scandal as Trump has repeatedly accused social media platforms of censoring conservatives, thus, acting in the interests of left-wingers?

Rory McShane: Hopefully Facebook will take serious action before conservatives begin to leave Facebook — however, even if they don’t that will just make the President’s supporters feel they must fight even harder.