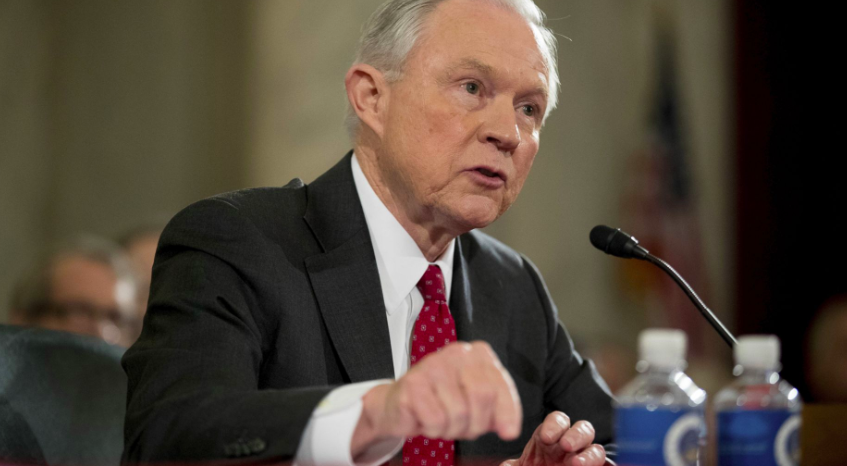 The Justice Department’s decision to open the door anew to pot prosecutions across the country is sparking backlash from congressional Republicans in states that allow recreational and medical use of the drug – territory that makes up crucial battlegrounds for the GOP in this year’s midterm elections.

Twenty-nine states have adopted medical marijuana laws, while eight others have legalized the drug for recreational purposes including California, Colorado and Nevada, where key House and Senate races will help decide who controls Congress next year.

“I think members of Congress who don’t speak up and act will certainly be held accountable by voters,” Florida Republican Rep. Carlos Curbelo, who is facing reelection along with every other House member who’s not retiring, told Fox News.

Florida voters in 2016 supported a ballot initiative by nearly 75 percent to broadly expand the legal use of medical marijuana. Voters in that swing state also were crucial in helping elect President Trump — picking a Republican presidential nominee for the first time since 2004.

Now, Curbelo and others worry Attorney General Jeff Sessions’ decision last week to roll back an Obama-era policy that allowed legal marijuana to thrive without federal intervention will jeopardize such votes in 2018.

The DOJ decision doesn’t necessarily change existing policy; it merely rolls back a 2013 Obama-era DOJ memo stating the department would not obstruct states that allow marijuana as long as certain conditions are met. Sessions said that he was rescinding the memo and that given the department’s “well-established general principles, previous nationwide guidance specific to marijuana enforcement is unnecessary.” The decision leaves up to U.S. attorneys to what extent to enforce federal law on marijuana.

It remains unclear whether the move will result in more prosecutions, but it creates uncertainty in those states that have legalized medical and recreational use.

“A Republican administration coming out against pot is going to be difficult for Republican candidates,” said political media consultant Rory McShane. “Republicans throughout Western states generally have a libertarian streak. So it might be especially hard for Republicans to win there, because this is not just about Southern California stoner culture.”

Republican Sen. Cory Gardner, of Colorado, whose home-state voters in 2012 approved the sale of recreational marijuana, was among the first Washington Republicans to publicly oppose Sessions’ decision.

‘Congress can change the law; the Department of Justice cannot.’

“I understand Attorney General Jeff Sessions’ opposition to marijuana, of legalization,” Gardner railed on the Senate floor within hours of the announcement. “I opposed the legalization of marijuana in Colorado. But this about a decision by the state of Colorado. And we were told state’s rights would be protected … Candidate Trump said it was up to the states.”

Gardner, head of the National Republican Senatorial Committee charged with getting Republicans elected and reelected to the Senate, has in turn threatened to try to put a Senate hold on all Justice Department nominations. He reportedly met Wednesday with Sessions about his decision, which effectively unleashes federal prosecutors to consider bringing marijuana cases, while stopping short of ordering them to do so.

Asked for comment, a DOJ source told Fox News: “Congress can change the law; the Department of Justice cannot.”

Democrats need to win a net 24 House seats to take control of the chamber, with all 435 seats, including three vacancies, up in November. And they would need to gain two Senate seats to end the GOP’s slim 51-49 majority, with 34 of the 100 seats in play this year. Among them is the Nevada seat held by GOP Sen. Dean Heller, one of the most vulnerable GOP Senate incumbents.

Most House Republicans are seeking reelection in conservative-leaning districts. And Democrats must defend 26 Senate seats, including two independents, so winning the majority will be challenging.

However, the party that controls the White House typically loses House and Senate seats in the first midterms after the presidential election. And Trump’s approval rating is relatively low, at roughly 39 percent.

In addition, Democrats appear to have an enthusiasm advantage. And they are attempting to use Republicans’ tax code overhaul against them — particularly in wealthier, liberal-leaning states including California where residents are now limited on state and local tax deductions and several House Republicans are in tough reelection bids. The Trump White House and its allies argue the sweeping tax cuts connected to the bill will prove popular, outweighing concerns about the deductions.

Curbelo and others, though, argue that a potential crackdown on state-legalized marijuana will scare off potential investors and jeopardize tax revenue from the burgeoning industry that could help under-funded state pension programs or pay teacher and police salaries.

The combined factors have made reelection especially hard for GOP House incumbents in California’s Orange County, where voters in 2016 picked a Democratic presidential candidate for the first time since the mid-1930s.

“Sessions’ decision undercuts the additional votes that Republicans receive and expect to receive from people whose concern for legalized cannabis is high on their priority list,” GOP Rep. Dana Rohrabacher, whose congressional district runs through the Orange County coast, told Fox News on Wednesday. He included among those voters people who support personal responsibility and oppose big government.

Rohrabacher, co-founder of the bipartisan Congressional Cannabis Caucus, also argued that a crackdown on the legal marijuana trade goes beyond lost tax revenue.

“People can earn a good living,” he said. “The billions in salaries would be cut off and go to drug cartels in Mexico.”

He spoke two days after fellow GOP House incumbent Ed Royce, chairman of the House Foreign Affairs Committee, said he would not seek a 14th term, amid a similarly tough reelection effort. On Wednesday, California Rep. Darrell Issa, R-Calif., also announced he would retire at the end of his current term.