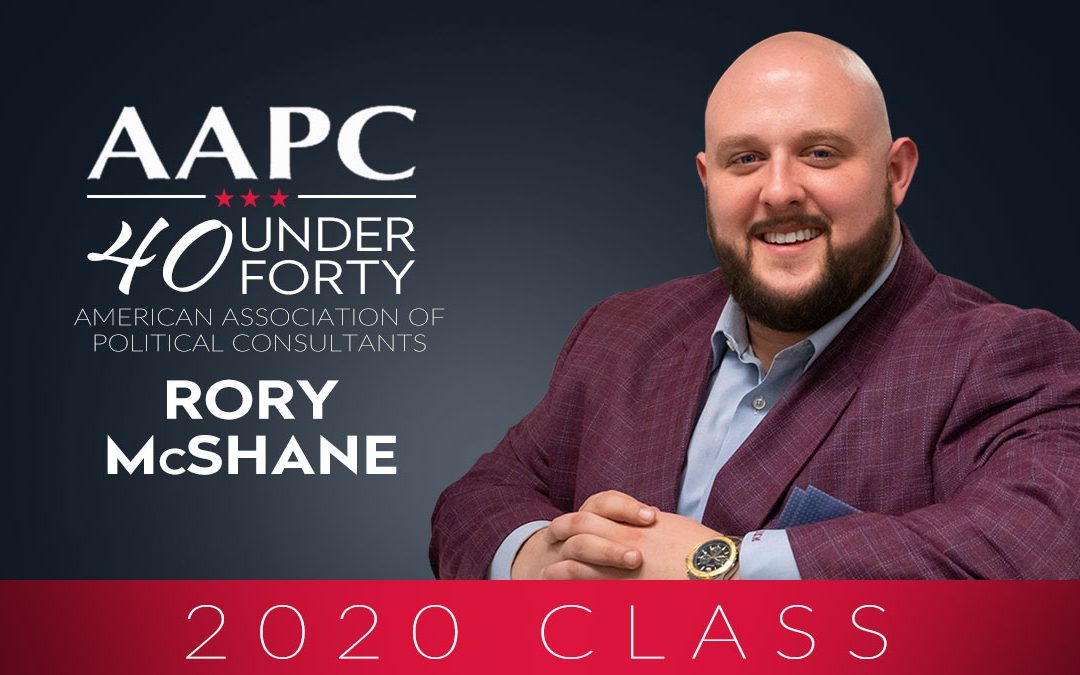 The American Association of Political Consultants recognized Rory McShane last week as one of the 40 best and brightest campaign professionals under 40 years old.

Only 20 Republicans and 20 Democrats in the United States were named to AAPC’s exclusive “40 Under 40” winners list. Candidates were evaluated on their role as a strategic consultant in the industry, along with leadership and professional accomplishments in political consulting.

President of the American Association of Political Consultants Rose Kapolczynski said, “AAPC takes the honor of recognizing the industry’s best and brightest young professionals very seriously, and feels that this year’s award winners, including Rory McShane, made a measurable impact on the political consulting industry,” said AAPC President Rose Kapolczynski.

AAPC Vice President Becki Donatelli added: “This year’s nomination pool included many qualified and talented young political consultants, making the judging process all the more difficult. Our bipartisan team of judges were impressed by the commitment to excellence represented among this emerging generation of political professionals. We’re looking forward to celebrating this year’s 40 Under 40 class at the 2020 Pollies.”

Earlier in the month, Campaign’s and Elections Magazine recognized the work of McShane LLC with four prestigious Reed Awards, for excellence in four separate areas of political campaigns. McShane has finalist for 12 awards, including Best New Firm, and came home from the awards ceremony in Atlanta with 4 trophies.